The Society for Medieval Archaeology exists to further the study of the period from the 5th to the 16th century A.D. by publishing a journal of international standing dealing primarily with the archaeological evidence, and by other means such as by holding regular meetings, hosting events and arranging conferences.

While maintaining a special concern for the medieval archaeology of Britain and Ireland, the society seeks to support and advance the international study of this period (as broadly defined above) in Europe. It also aims to serve as a medium for co-ordinating the work of archaeologists with that of historians and scholars in any other discipline relevant to this field.

Major residential conferences are held every other year, alternating with a one-day conference, usually held in London.

The Annual General Meeting, also held in London, in early December, is followed by the Annual Lecture, given by medieval archaeologists of international stature.

The Society administers a series of funds which award grants and bursaries to society members. 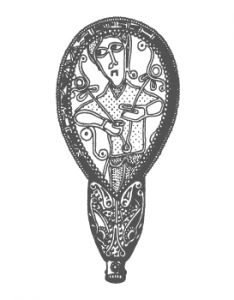 As well as the opportunity to showcase your work with other enthusiasts, #SMA2021 will take us to some of Hull’s medieval sites. This will include the Old Town, @Hull_Museums and @HullMinster for a special tour to learn about the recent excavations. #medievalarchaeology

We’re at the halfway point! If you have an interest in medieval studies and want to share your work with like minded students and early career academics, there is still plenty of time to get involved. Some exciting news to follow next week! #SMA2021 #medievalarchaeology

Don’t forget our call for papers for the Annual Student Colloquium 2021 #SMA2021 is open until 1st October.

If you are a student or early career academic undertaking medieval research, we would love to see what work you have been doing this year! #medievalarchaeology

Our call for papers is now open for the Annual Student Colloquium 2021. #SMA2021 Hosted at the University of Hull, students and early career academics are invited to share their work and enjoy some of the archaeology in the city. Further details to follow! #medievalarchaeology