Archaeology has a vital contribution to make to an understanding of the physical character and material practices of monastic institutions and their role in the process of the conversion of the Anglo-Saxon kingdoms.  To exploit this potential fully, it is necessary to situate the core buildings of monastic complexes within their wider landscape context through an examination of peripheral zones of burial, domestic occupation and industrial/economic activity of the type brought to light by recent excavations at Hartlepool, Hoddom and Whitby in Northumbria.  Yet, holistic perspectives of this kind remain a rarity in more southerly parts of Anglo-Saxon England owing to the narrow emphasis of past research on core buildings and the fact that the outer precincts of many documented monasteries are either poorly preserved or simply inaccessible to the archaeologist.

This project aims to redress this imbalance through the holistic reconstruction of the documented monastic community of Lyminge,Kent, one of a network of ‘double houses’ (a mixed-sex community presided over by a royal abbess) established by the Kentish royal family during the final two thirds of the 7th century.  Previously known to archaeologists as the site of an Anglo-Saxon masonry church of the ‘Kentish Group’ brought to light by mid-19th-century antiquarian excavations and a late 5th-6th-century furnished inhumation cemetery excavated on the northern outskirts of the village in the 1950s, Lyminge provides an exciting opportunity to investigate the process of monastic foundation and its impacts in a region crucial to the earliest stages of the Anglo-Saxon conversion. 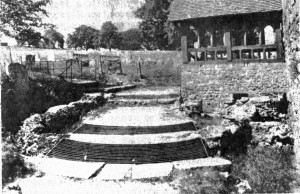 Late 19th-century postcard showing the foundations of the Anglo-Saxon masonry church as revealed by antiquarian excavations in the churchyard.

Since 2008 the University of Reading has been assessing Lyminge’s archaeological potential by targeting open spaces surrounding the churchyard of St Mary and St Ethelburga with geophysics, test-pitting and open-area excavation.  This systematic exercise in ‘village-core’ archaeology has demonstrated the existence of extensive and richly-preserved horizon of Anglo-Saxon occupation.  This spans a monastic phase of the late 7th-9th centuries A.D., encompassing several distinct zones (domestic, agricultural processing; a site of industrial-scale ironworking), as well as an earlier, late-5th- to early-7th- century, settlement focus.  The ability to interrogate and interpret this archaeology within a refined and historically-contextualised chronological framework, means that Lyminge has the potential to generate unique insights into how cultural identity and daily life within an Anglo-Saxon community was transformed over the Conversion period: in short, a dynamic view of the ‘monasticization’ of a Kentish district centre. 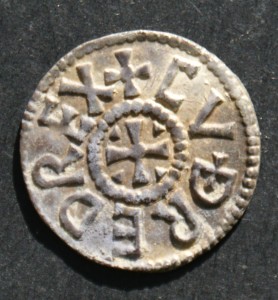 Research is now at a stage where we can begin to build a provisional picture of the results gained over the past three years.  Assessments of the excavated assemblages have been completed with funding from the BritishAcademyand the Society of the Antiquaries of London, the results of which, alongside summary overviews of each excavation campaign, are available to download from the project website:   http://www.reading.ac.uk/archaeology/research/Lyminge/

A further three-year campaign of excavation is planned 2012-14 (pending the results of a funding application to the AHRC) which will see the focus of archaeological investigation shifted to a prime site on the village green. Watch this space! 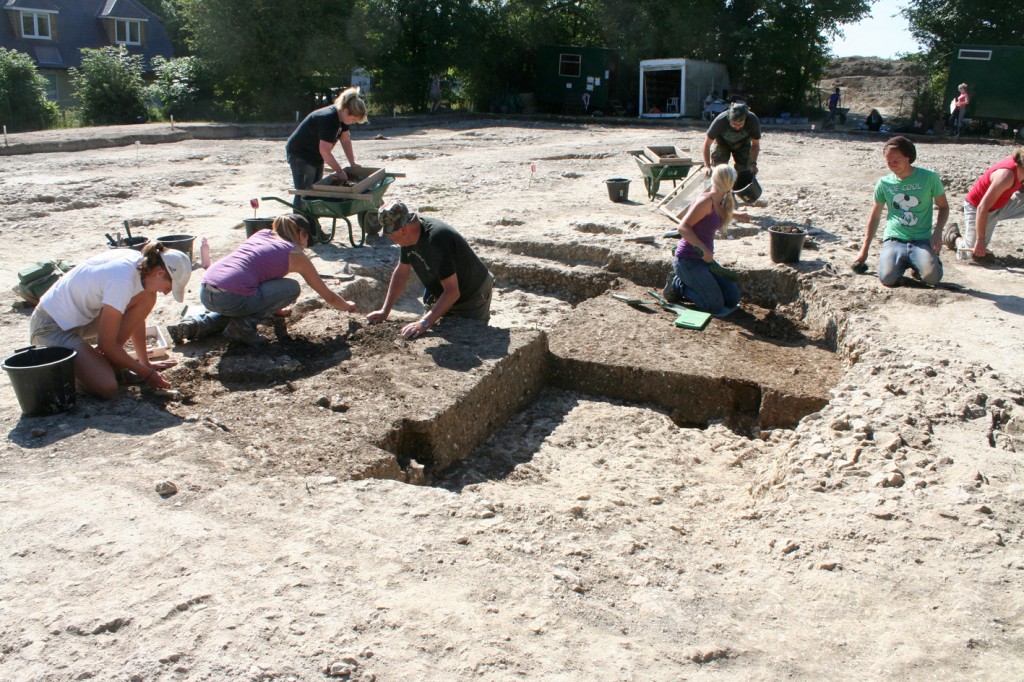 Sunken-featured building under excavation in 2010. Forming part of Lyminge’s ‘pre-monastic’ settlement focus, the abandonment of this structure can be securely dated to the period AD 600-650.