Deadline extended: Photos must be received by 30th September 2018

The late Mick Aston was a skilled photographer and a talented draughtsman. Mick’s camera was never from his side and he took every opportunity to record archaeological sites whenever the opportunity arose. Over a career spanning more than 40 years, he built up a unique collection of images which charted the development of medieval archaeology throughout Britain. In honour of his contribution to the discipline and his role in public engagement, the Society for Medieval Archaeology announces an annual photographic competition for Society members in Mick’s honour.

Each year entries will be requested on a particular theme related to medieval archaeology. The choice of images is wide and might include excavations, aerial photographs, objects or buildings in Britain and Ireland. Creative images are not excluded either in black and white or in colour but must sent to the Society at medieval.archaeology@googlemail.com to arrive by 30th September. We invite members to send digital images and high resolution .jpg and .tiff files as email attachments. A maximum of two entries will be accepted per member and the photo must have been taken by the person entering within the past 12 months.

The annual theme will be announced in January each year on the Society’s website and will be judged by a panel of Council members for relevance, composition and overall quality. The SMA reserves the right to use any entry in publications, its website and promotional materials. The winning entry will receive £200.

The Society for Medieval Archaeology is delighted that 2018 is the European Year of Cultural Heritage. Throughout the year diverse cultural heritage will be celebrated meaning thousands of activities will take place across Europe, encouraging us to experience, appreciate, and enjoy cultural heritage. Inspired by the exciting year ahead, the Mick Aston Photographic Competition theme for 2018 is ‘the past meets the future’ and welcomes photographs captured anywhere in Europe. #EuropeforCulture

In 2017 the theme for the Mick Aston Photographic Competition was Religion. We were delighted to award the prize to Brian Buchanan, who submitted this photograph of a drone at Yeavering. Congratulations Brian! 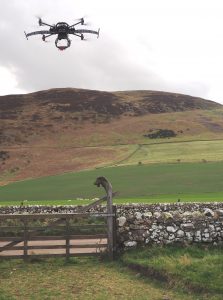 This winning photograph from the 2017 competition was captured by Brian Buchanan.

In 2016 the theme for the Mick Aston Photographic Competition was Religion. We were delighted to award the prize to Steve Ashby, who submitted this photograph of the crypt at Lastingham.