A number of new publications and forthcoming events have been brought to our attention recently – these are not SMA publications and events, but are mentioned here as they may be of interest to our members: 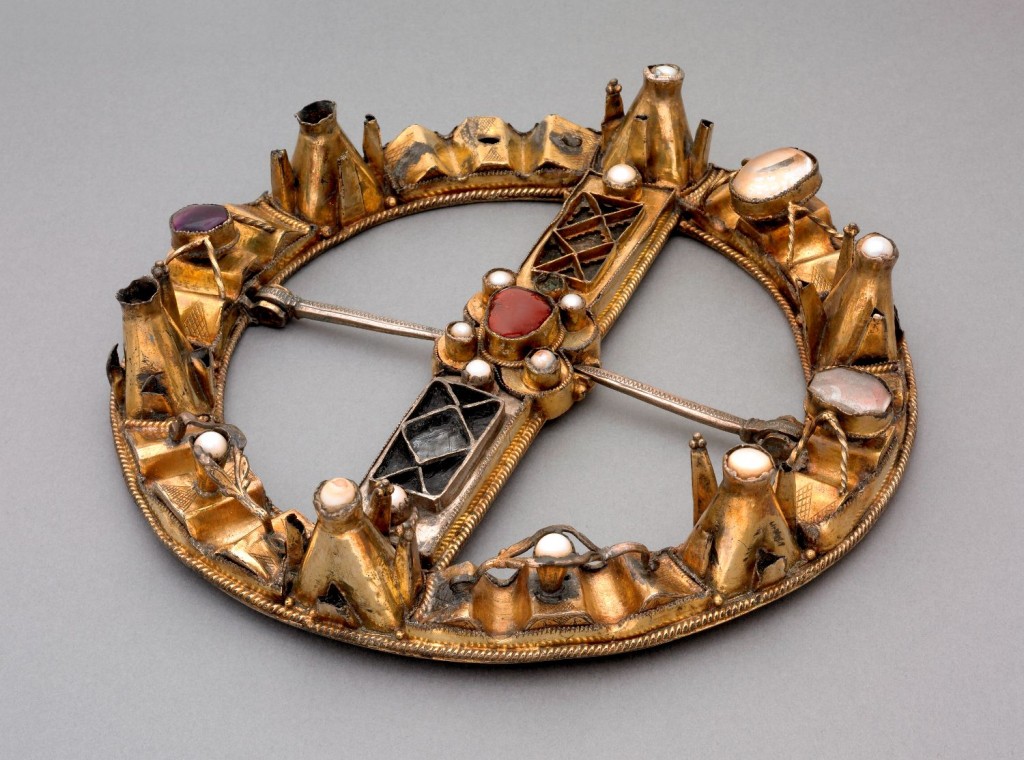 A new exhibition at the Perth Museum & Art Gallery will display two magnificent medieval brooches from the collections of the British Museum: the 16th century Glenlyon brooch and the 9th century Breadalbane brooch. These loans from the British Museum form the centrepiece of an exciting new exhibition called: Breadalbane Bling: Medieval Power Dressing in Glenlyon and Beyond which will run from May 19th to August 16th, 2015.

Neither of these brooches has been seen in Perthshire since the late 19th century and they have never been on public display there at all. The Glenlyon brooch was a treasured family heirloom of the Campbells of Glenlyon, who probably commissioned its manufacture, but when the family line died out in the 19th century it passed to a dissolute line that ended in bankruptcy and so it was bought at auction by the British Museum in 1897. The Breadalbane brooch was also a treasured family item but although one can be certain from its name that it was found in Breadalbane (the greater part of which is in NW Perthshire) there is no record of where and when. It passed from the 1st Marquis of Breadalbane (who died in 1834) to various family members until reaching his great grandson, Thomas George Breadalbane Morgan-Grenville who put it up for auction as part of the Breadalbane Collection in 1917.

The two powerful brooches will be joined on display by a range of medieval artefacts acquired by Perth Museum through Scottish Treasure Trove, along with additional loans from National Museums Scotland and the Clan Donnachaidh Trust.

A new book entitled Viking Graves and Grave-Goods in Ireland by Stephen H. Harrison and Raghnall Ó Floinn has been published recently, the latest volume in the National Museum of Ireland’s  Medieval Dublin Excavations series. The volume is the first comprehensive catalogue and detailed discussion of over 400 artefacts from more than a hundred furnished Viking graves in Ireland, many published for the first time. It includes the first detailed study of the archives of the Museum of the Royal Irish Academy and of the Irish Antiquities Division of the National Museum of Ireland, key resources for those interested in the history of museums in Ireland and in 19th and 20th century collectors and collecting. Lavishly illustrated with 452 illustrations, tables and charts. 783 pp, hbk. Price: €50/ St£50 and $75.

An interesting conference entitled “Viva la Differenza: Italian towns in the early middle ages” will take place in Edinburgh on the 29th and 30th of May.  It is being held in honour of Tom Brown’s retirement and features

in addition to Edinburgh’s own Lucy Grigg and Tom Brown himself.  Registration is still open and a full programme is also available.

Also in Scotland, the St Andrews Institute of Mediaeval Studies is sponsoring a workshop for all medievalists working in Scotland (though their research might be concerned with the Middle Ages anywhere in the world), following a very successful similar event in 2011 with about 100 participants. This year’s event  has been postponed to Nov/Dec. The event is free of charge, but please let Audrey Wishart (saimsmail@st-andrews.ac.uk) know if you are attending, and if you are bringing a poster. Please let Bettina (bettina.bildhauer@st-andrews.ac.uk) know if you’d like to present a ‘lightning talk’, a 5-minute talk on an institution, journal, library, conference, museum, funding opportunity etc. of wide interest to medievalists – students, academics, curators, librarians, independent scholars.