The Society for Medieval Archaeology is delighted to see over 30 MERC -affiliated sessions submitted for the 24th Annual Meeting of the European Association of Archaeologists, which will be held in Barcelona, 5-8th September 2018. 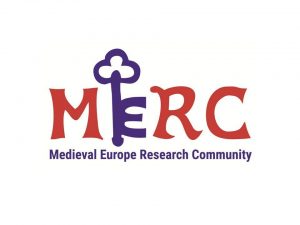 The complete list of sessions affiliated to MERC, therefore focusing on medieval archaeology, are listed below.

The call for paper and poster submissions is now open. The abstracts can be viewed on the EAA website – simply search for the session using the session number preceding the title listed below.

The deadline is 15th February 2018.
82 Islamicate Archeology in Europe: past, present and future

92 Interpreting and Understanding the Past through Medieval Small Finds

96 Forum Medieval Archaeology (MERC): The mediterranean as connection and gateway in the Middle Ages.

150 Museum Presentation in a challenged world

168 Advances in Environmental Archaeology in the Post-Classical Mediterranean World

208 To your health! Tracing health in urban environments in medieval Northern Europe.

279 Pirenne vs. Glass: The contribution of archaeological and archaeometric glass analysis to the study of early medieval long-distance trade networks

358 Glaze production technology in the medieval and post-medieval Mediterranean

483 Roads of the North. Medieval and early modern infrastructure of travel and exchange in the far north

521 The Mediterranean in the North: the material evidence of distant contacts, AD 1000-1800

540 Approaches to Medieval Buildings: the past, present, and future of interpretation and management

561 Archaeological indicators for the identification of medieval Jewish populations

568 Food and Drink in Archaeology: multi-disciplinary approaches to past food practices

639 The value of objects in medieval rural settlement

679 Medieval Non-Places: Sites of Transience in the Medieval World

726 Farming under the Crescent moon: archaeological insights into the medieval ‘Islamic Green Revolution’

760 ‘…In with the New!’: The future of archaeological research in Medieval Europe

As well as the opportunity to showcase your work with other enthusiasts, #SMA2021 will take us to some of Hull’s medieval sites. This will include the Old Town, @Hull_Museums and @HullMinster for a special tour to learn about the recent excavations. #medievalarchaeology

We’re at the halfway point! If you have an interest in medieval studies and want to share your work with like minded students and early career academics, there is still plenty of time to get involved. Some exciting news to follow next week! #SMA2021 #medievalarchaeology

Don’t forget our call for papers for the Annual Student Colloquium 2021 #SMA2021 is open until 1st October.

If you are a student or early career academic undertaking medieval research, we would love to see what work you have been doing this year! #medievalarchaeology

Our call for papers is now open for the Annual Student Colloquium 2021. #SMA2021 Hosted at the University of Hull, students and early career academics are invited to share their work and enjoy some of the archaeology in the city. Further details to follow! #medievalarchaeology