Launch of The Hirsel Excavations monograph

After the conclusion of the Society’s AGM and Annual Lecture at Rewley House, Oxford, on December 6th 2014, the attendees retired to the bar for the launch of The Hirsel Excavations. Written by Dame Rosemary Cramp, Emeritus Professor of Archaeology at the University of Durham, this volume is the 36th SMA monograph to be published and documents her work at Hirsel near Coldstream between 1978 and 1984. 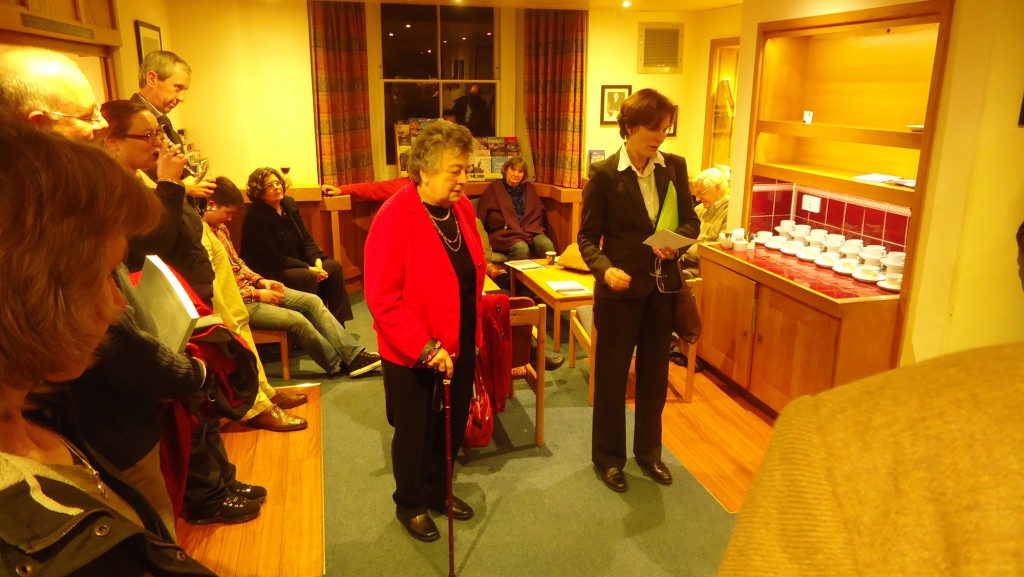 Excavations and surveys adjacent to Hirsel House revealed a remarkably detailed history of a proprietory church and its cemetery for a period when the parochial structure in Scotland was in course of development, and when very little is known about the fate of estate churches after they were donated to support the newly founded monasteries of the 12th century.

The church is set in a landscape with evidence for settlement from the Neolithic to the establishment of Hirsel House, the seat of the Earl of Home. Here, in an estate the boundaries of which has changed very little  since the Middle Ages, a small unicellular drystone structure developed into a well-built Romanesque church with a rare example of its bell founding structure intact. The subsequent history when the church was burnt, robbed of stone and used for domestic purposes, then finally destroyed and covered over in the late Middle Ages is graphically illustrated by the wealth of artefacts from the site.

The monograph was launched by Professor Helena Hamerow, President of the Society for Medieval Archaeology, after which Professor Cramp responded and shared her memories of the site and, in particular, warmly welcomed some members of her excavation team who were in attendance and whom she had not seen in thirty years!